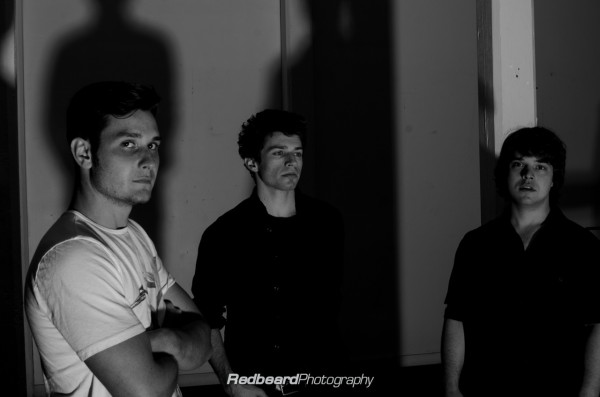 Disable Time, was a band based in Fairfield, Connecticut, that thrived to bring original music, fresh sonic booms and sounds to the musical world that had not been pursued before. With experimentation of many different genres, the trio had solidified their sound. Disable Time opened the book for the listener to a time-altering journey by exploring consciousness in personalized emotional labrytnhs in ways that include letting go of the man-made concept of time. With solid powerful drum grooves, emotional other-worldy bass lines, and uplifting layering guitar melodies, Disable Time offered listeners an emotionally rich slice of life.

In July of 2014, Disable Time released their first EP, "Since the Day We Walked Out of Water."

On October 31, 2013, Disable Time released their first single, "As the Ocean Becomes a Whisper."

In September of 2011, Tommy Greenwood, Bryan Garbe, and Kev O'Brien began writing music together. Greenwood and O'Brien had been band writing and playing music together ever since they met at Fairfield Ludlowe High School. So the two already had material and collaborations to bring to the table. Bryan was the missing sound that the two had been looking to complete the band. The first day they jammed with Bryan, the chemistry was perfect. There was no doubt that a great experience writing music together awaited, and that this well-rounded group of musicians would create something phenomenal and time-altering.

Bass:  Tommy Greenwood started teaching himself the bass guitar when he was 14. What started as a way to pass time while jamming with friends quickly became an insatiable passion as he was soon playing five or more hours a day. This passion can be seen every time Tommy takes the stage for Disable Time as his fingers fly across the strings. Tommy is influenced by many different art platforms for developing his voice in the music on the bass guitar. He is influenced by Rage Against the Machine, Isis, Tool, Muse, Metallica, Black Sabbath, Palms, Pink Floyd, Jimi Hendrix, Led Zeppelin, Rush, Yes, 3, Russian Circles, Explosions in the Sky, God is an Astronaut, Primus, Red Hot Chili Peppers, Phish, Consider the Source, and Nerve as well as solo bassists such as Victor Wooten, Marcus Miller, Evan Brewer, and Aram Bedrosian. Tommy is also influenced by the art work of Alex Grey, the comedy work of Bill Hicks, George Carlin, Joe Rogan, Duncan Trussel, Ari Shaffir, and Louis C.K, and the authors Noam Chomsky, Terrance McKenna, and Kurt Vonnegut.

Drums: Bryan Garbe first started playing the drums when he was 9 years old. He started studying drums and percussion at the Jim Royle Drum Studio and was very active in the studio's percussion and steel pan ensembles. With the top ensemble Bryan toured around the USA as well as England, Italy, Trinidad and Tobago and China. Since then, he has been touring, performing as a Steel Pan Artist, teaching and directing ensembles. He is the Vice President of the Connecticut Percussive Arts Society and is an accomplished steel pan player and percussionist. Most recently he has release his first song for a Steel Pan Ensemble called, "Echo's Revenge. To listen to the track please check out, bryangarebe.com. His expansive talent allows the music of Disable Time to include an array of influences that keeps each track fresh and original. He is influence by many musicians and drummers especially, Matt Abts(Gov't Mule), John Bonham, Buddy Rich, and Danny Carry(Tool). He is currently endorsed by Dream Cymbals, Vater Sticks and Remo Drum Heads.